She sang in recital at the Yehudi Menuhin Festival in Gstaadt, with Mahlers Lieder eines fahrenden Gesellen she appeared at the Filharmonia Łódź with the Arthur Rubinstein Orchestra under the batton of Enrico Delamboye, as Dryade in Ariadne auf Naxos (Richard Strauss) at the Richard Strauss Festival in Garmisch-Partenkirchen with Ulf Schirmer and the Munich Radio Orchestra. Susanne Gritschneder gave her operatic debut in 2005 during her studies at the Stadttheater Freiburg im Breisgau as Lapák in Janáceks Das schlaue Füchslein, followed by Principessa Zia in Puccinis Suor Angelica at the Opera di Savona (2009), Princesse Linette in Prokofievs L’Amour des Trois Oranges (Michail Jurowski and Ezio Toffolutti / Benno Besson) with the Orchestre de la Suisse Romande (2011), Dritte Dame in Mozarts Zauberflöte at the Theater St. Gallen (2011/2012) and in John Cages Europeras I&II with Heiner Goebbels at the Ruhrtriennale 2012. Her concert repertoire includes the oratorios from J. S. Bach, Messiah from Händel, Stabat Mater from both Pergolesi and Dvořák, Petite Messe Solennelle from Rossini, Verdi’s Requiem, as well as the Rückertlieder, Kindertotenlieder and Lieder eines Fahrenden Gesellen from Mahler and Wagner’s Wesendonck songs. The young singer regularly gives song recitals, which lead her to renowned locations such as the Heidelberger Frühling, Menuhin Music Festival in Gstaadt, Konzerthaus Bern, Alte Vogtei zu Burgkunststadt, Gasteig in Munich, Tonhalle St. Gallen a.o.

Susanne Gritschneder was born in Munich and had her first vocal training with Veronika Castiglione. She studied with Prof. Elisabeth Glauser at the Hochschule der Künste in Bern and received both her diploma in vocal arts and vocal pedagogy with distinction. She was supported by a scholarship of the Studienstiftung des Deutschen Volkes, was granted an Erasmus scholarship by the European Union and holds a scholarship of the Richard Wagner Verband München. She was awarded the first prize of the Kiefer-Hablitzel Stiftung and the Schweizer Tonkünstler Verband and is a prize winner of the singing competition of the Richard Strauss Gesellschaft of 2009. In 2010 she was elected by the ZAV Germany among the ten most talented young singers under 30 years of age. Susanne Gritschneder received important impulses by working in master classes with Brigitte Fassbaender, Thomas Hampson, Wolfram Rieger, Jadwiga Rappé and continues her studies with Elisabeth Glauser until today. 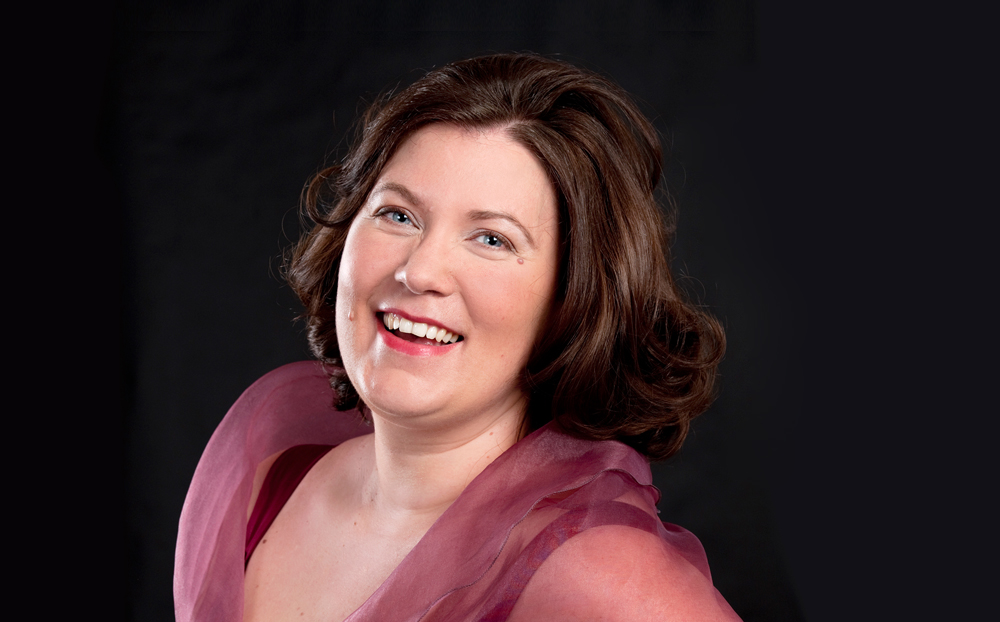